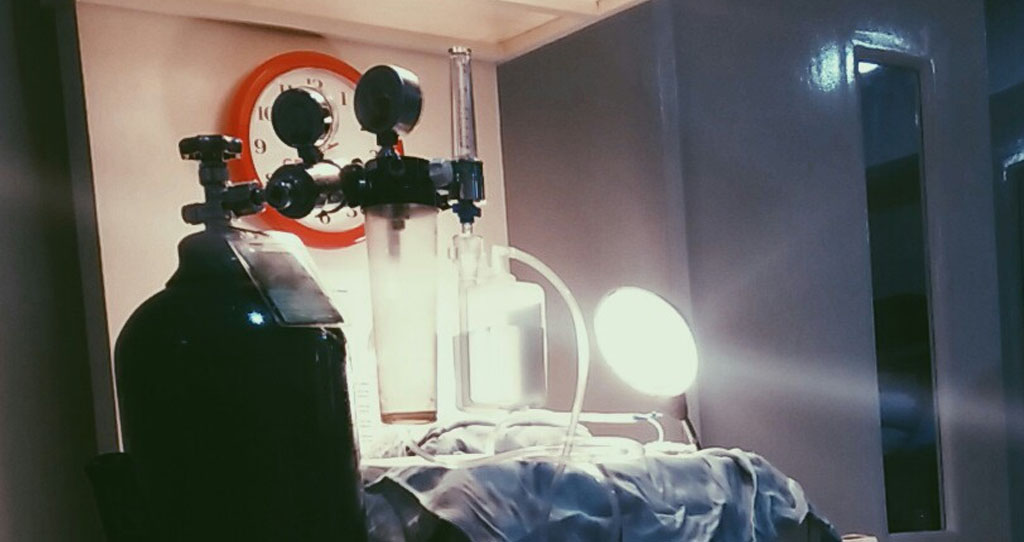 Clerkship Medicine
June 14, 2017December 27, 2018 by Sandra, M.D.Leave a Comment on Child Health Wonderland
If you think your friends would like this too, I'd love you to share it! Thanks!♥
For the penultimate down to the final month of clerkship rotation was Pediatrics! I was preparing myself mentally for this because I’ve been continually advised that managing children was quite different compared from adults: one, they say that treating children would be like treating in a new dimension, patients in a whole new smallworld; and two, medications for children were computed based on numerous guidelines and on their weight or age for instance. So, I was up for the challenge!

We were oriented on our tasks and daily schedule for the whole month. They included weekly staff conferences, twice a week admission conferences, and daily chart rounds and more morning bed rounds. We were also given roles to level the game up such as being assigned of writing onto individual charts for revising and updating fluids every now and then as well as the medications being given after we compute for therapeutic dosages, of course with the guidance and approval of our senior physicians. Just the thought of “being the person to do IT” nonetheless made everything so exciting! 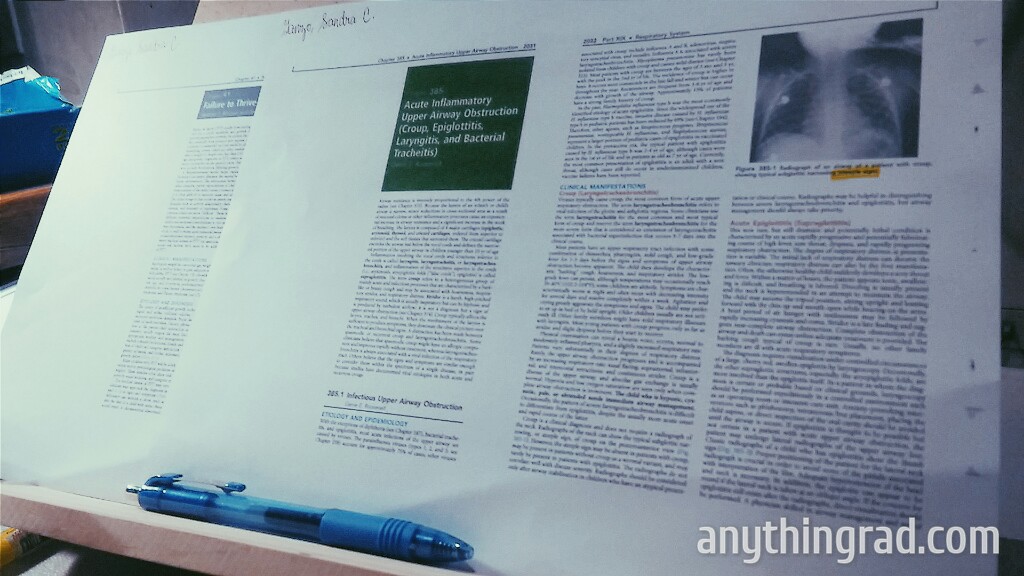 I would plan for some night time reading of printed materials. Then I started learning the cases we’ve seen in the wards. I appreciated the management of each case more as I read on it. 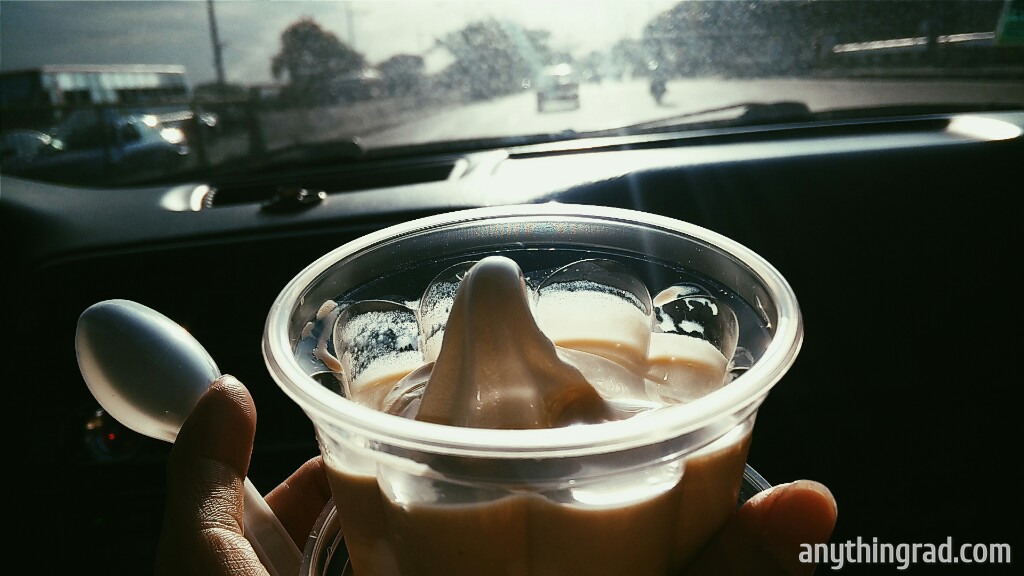 On a day-off, I would buy myself a treat! Just like having a Sundae even though it was a Friday! *ooops* badumtss. 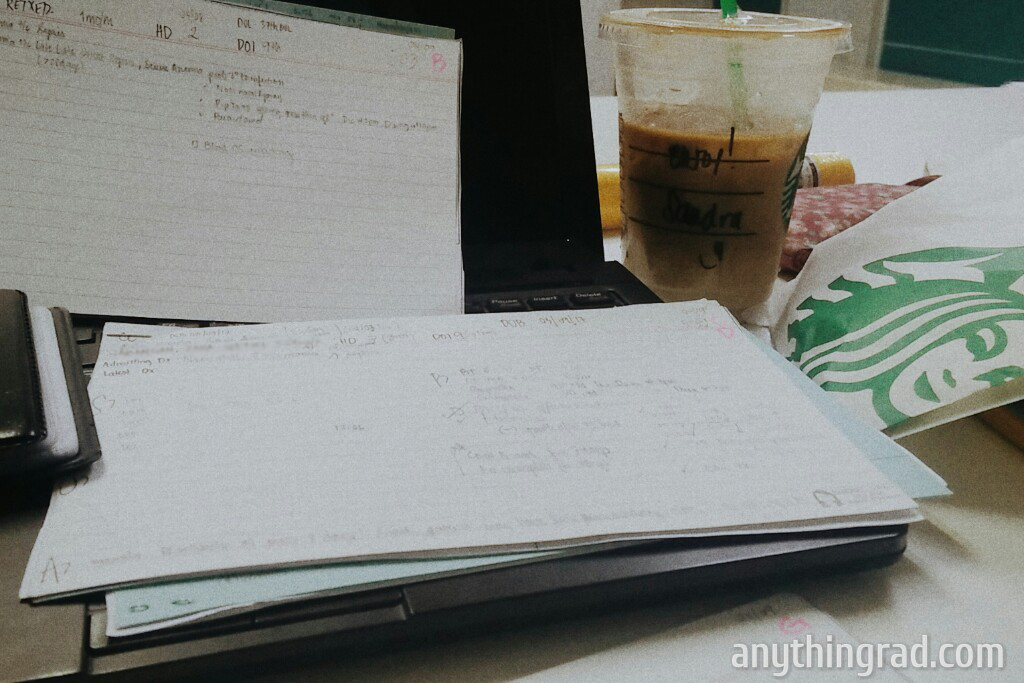 But then on night duties, and when admissions were around the corner, we would admit patients and take histories and physical examination together with our senior physicians. When time permitted, we would have mini-night discussions of the pathophysiology, treatment rationale, and answer follow up questions by our seniors. They really tested so much of what we know by the book and what we think logically was needed by the patient. Here was the part where coffee became a lifeline. 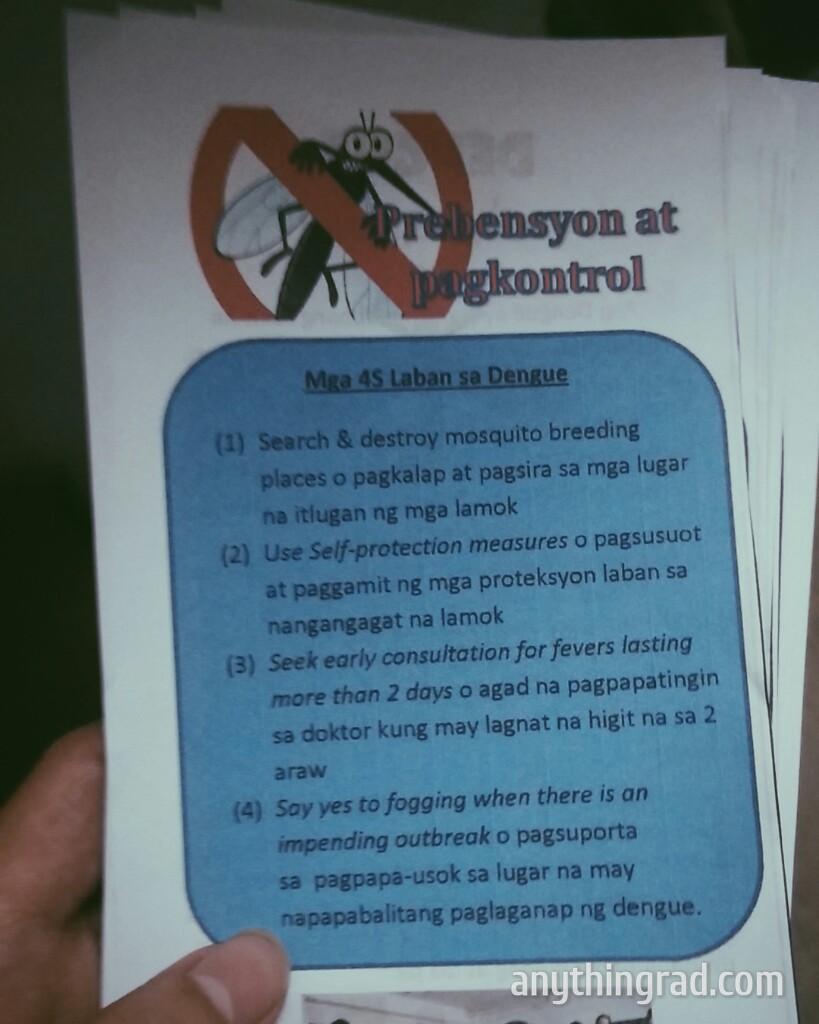 We also had some activities like the “Dengue Caravan” where we get to showcase the talents we honed in our gradeschool years, like presenting things in front of a crowd with matching singing and/or dancing to get across a message. 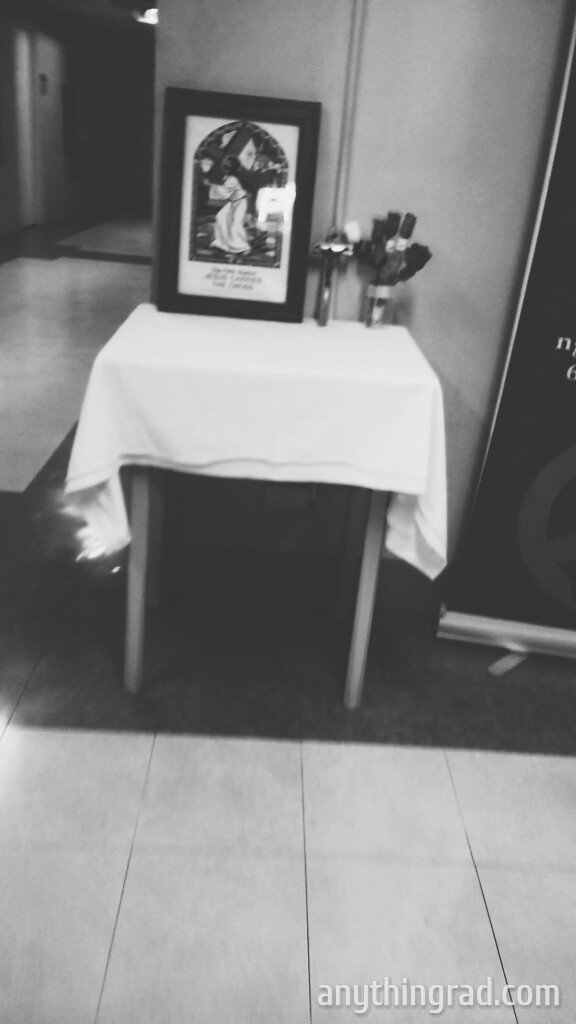 Then there were inevitable circumstances like being unable to be with the family for few occasions and annual traditions. But still, you try to do something and compensate at least.  Aside from having my first Christmas Eve away from the family, here was my first Holy Week away from them too. Despite such scenario, I was still able to do my obligation by praying the way of the cross around the hospital. I was pleased to see altars prepared in every corner of the hospital. 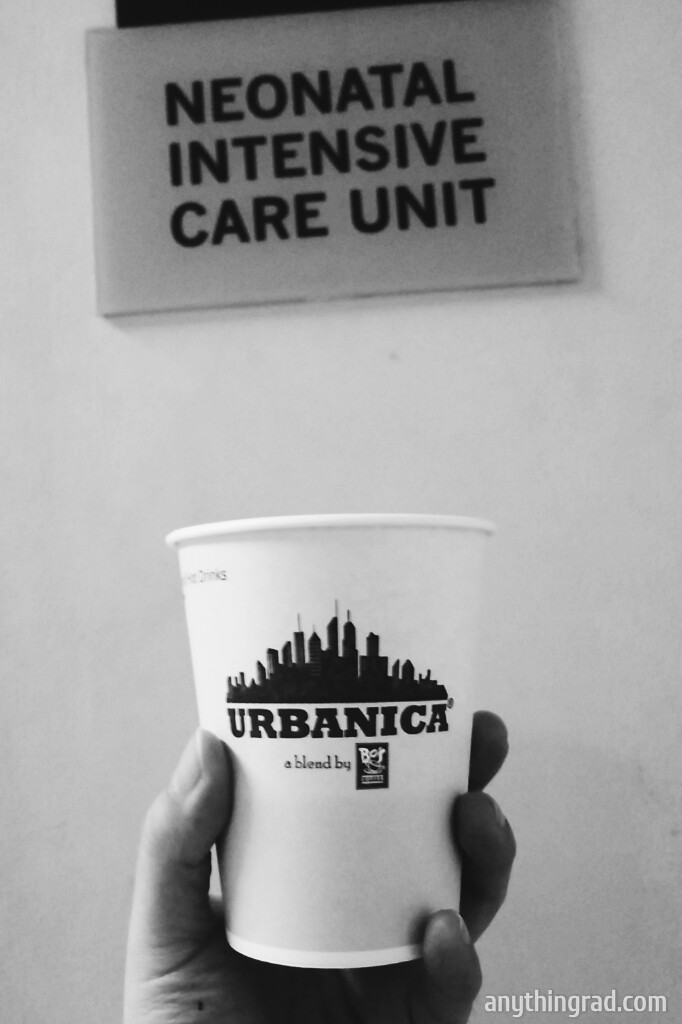 Next Stop: NICU Rotation.   Welcomed myself with a cup of coffee before I changed into scrubs! In here, we monitored newborns until they get discharged. They’re such cute angels! When on duty, we literally waited for mothers as they labor, and when a baby was out, the action begins! 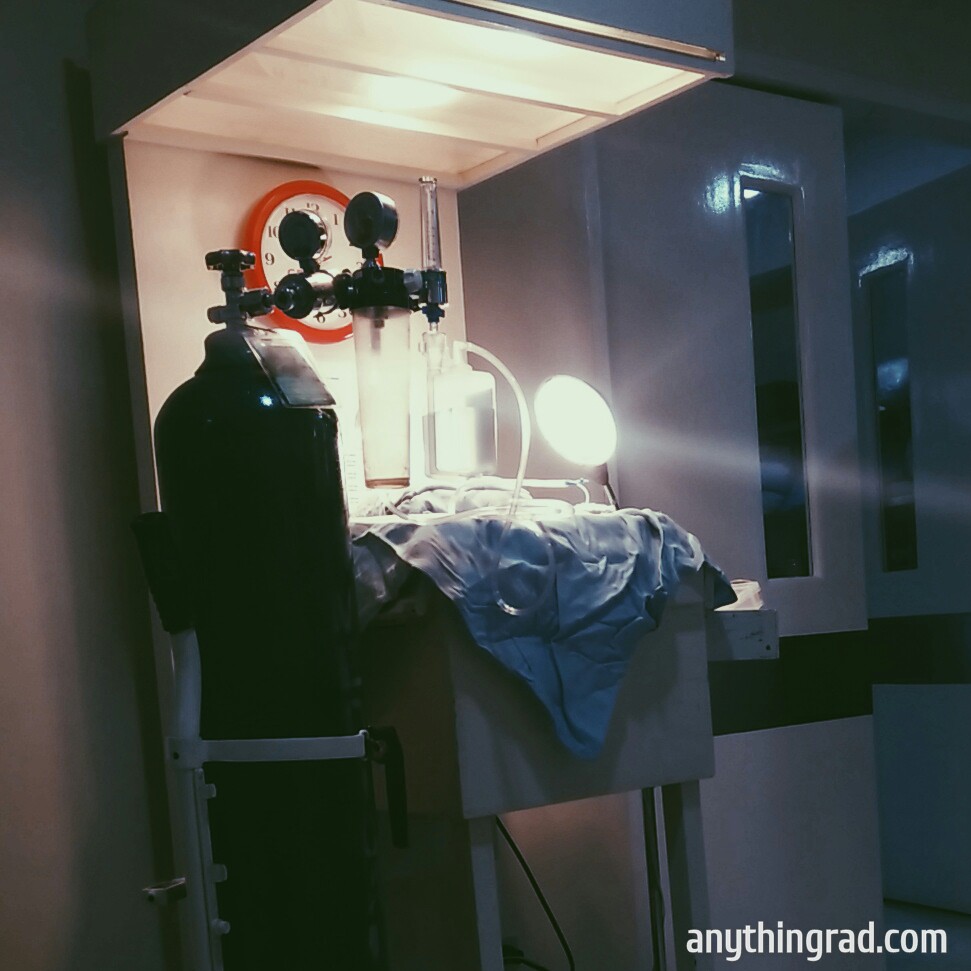 In NICU Rotation, I was given the opportunity to be part of the resuscitation team for a newborn who at first had no cardiac rate but was revived by our senior physicians thereafter. I admire them for having the grace under pressure, for being so calm yet alert through it all. Here I observed the first umbilical catheterization of a neonate in my whole life. 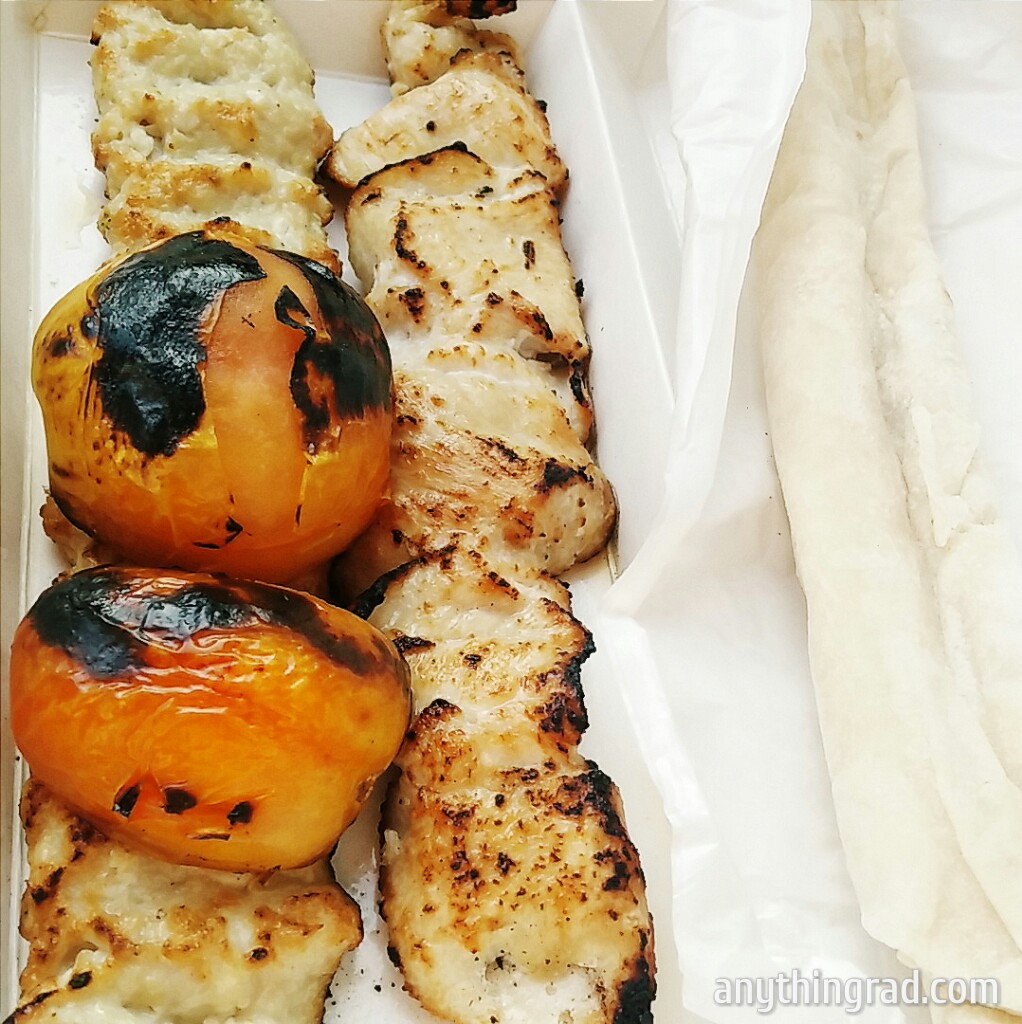 For dinner, we get to eat Kebab! Much oomph for NICU Action! 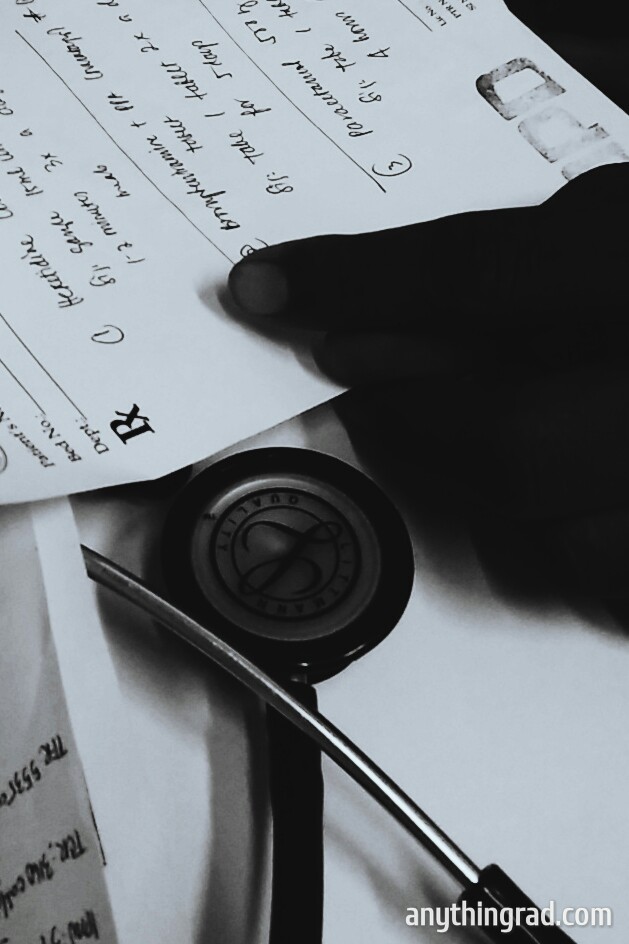 Next: The fast-paced world of OPD. This was my last OPD rotation in the base hospital. I was faced with cases like Scarlet Fever, Mumps, Acute gastroenteritis with Dehydration in all types of category, Otitis Media, t/c Tic Disorders for work-up to name a few. 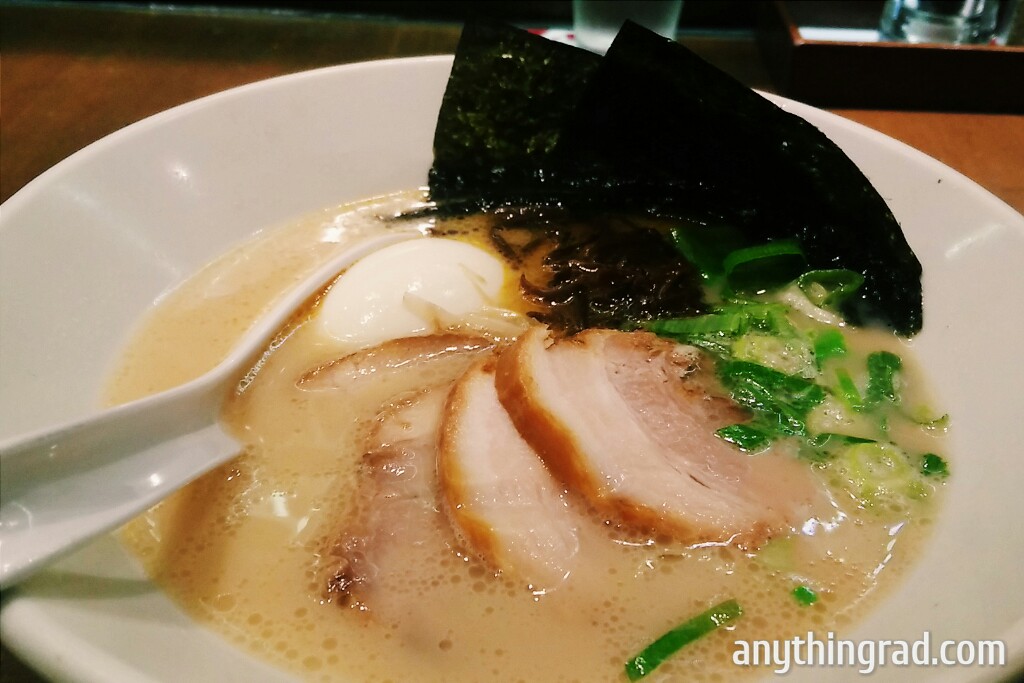 After a heavy workload in the morning, we get to reward ourselves with Ramen!

The month of May is my birthday Month; unfortunately I was on duty at the exact date of my birthday so I had to understand the circumstances, man up, become an adult, monitor and admit some patients. The driving force was that after all of those was a rewarding piece of fact that I’d come home soon and be with my family. 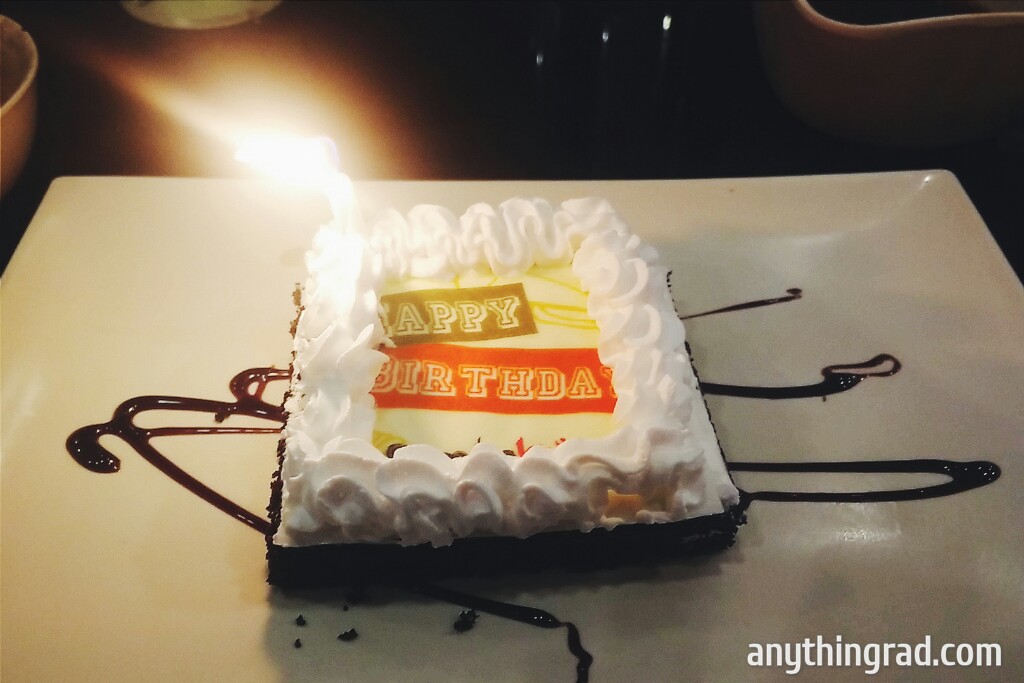 I welcomed it with a couple of visits in Sambokojin! It’s my birth MONTH after all! Hehe.
Yes, sometimes in life we have to maximize the promos being bestowed upon us such as this 7-day birthday promo of Sambokojin. Just be sure to have one paying customer with you, your identification card and an extra identification material JUST TO BE VERY SURE!! Lol. 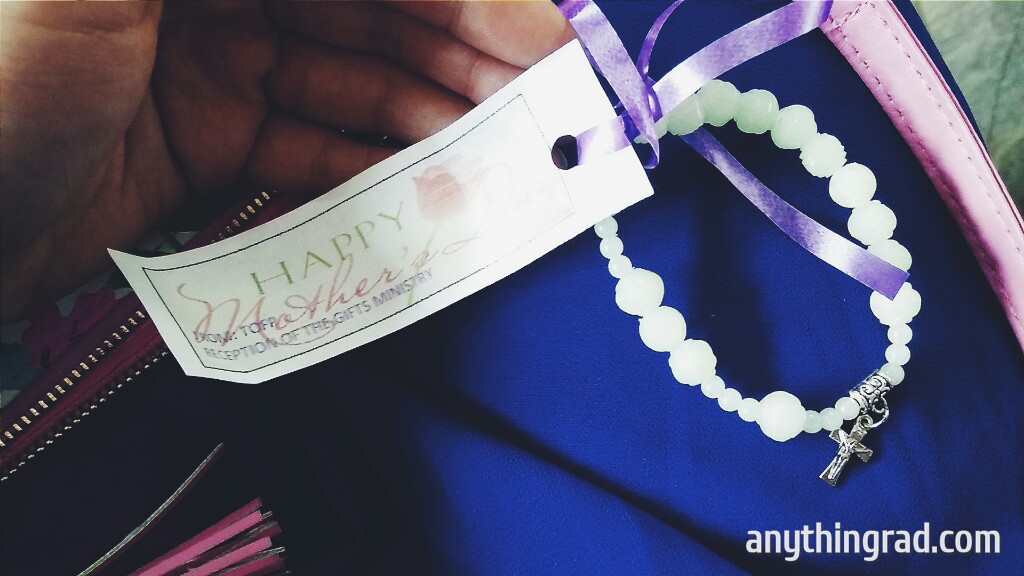 Second week of May: Mother’s Day! AND FINALLY I was on a day off. We attended Mass first because apparently it was a Sunday, then we had our lunch at Gerry’s Grill Trinoma. Grateful for this time to be with my family on the day of the celebration! Not a catching-up day *cue in catching-up immunization, pedia hangover* 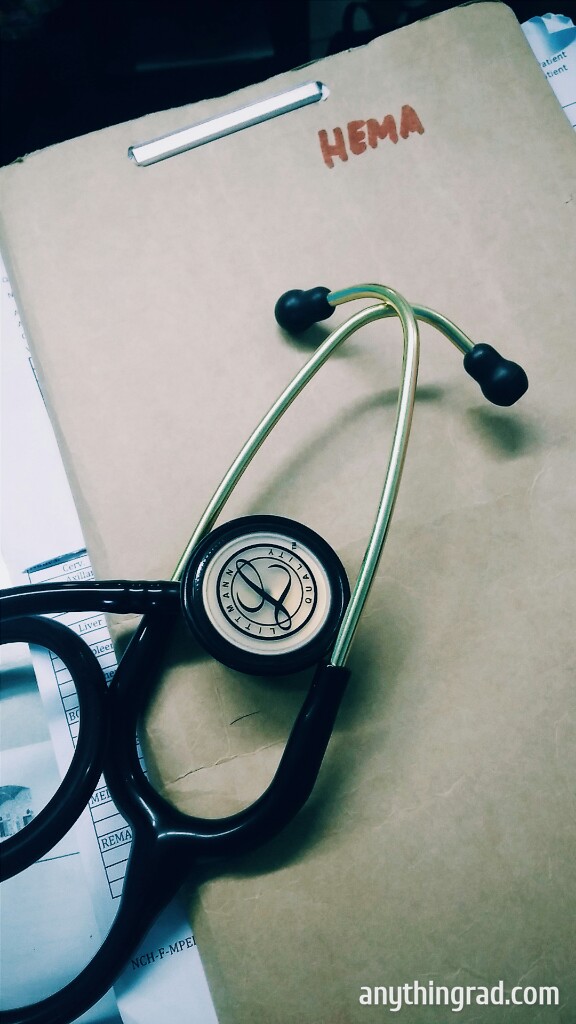 But in actuality, this final month of clerkship was one crazy ride!  We had our outside rotation in 2 renowned hospitals in the Metro and rotated at several subspecialty wards such as Neuro, Cardio, Nephro, Hema, Infectious Disease, Gastro, Respi Wards and there were a LOT of high yield cases that I never thought I would encounter in the Philippines. A big eye opener!

So there! Clerkship went by so fast… Clerkship taught me skills in terms of patient interaction, ward works, paper works, monitoring, and survival skills… just like you knowing when you’re gonna rest and knowing how to sneak some time off just so you can eat and don’t go hypoglycemic by not doing so! 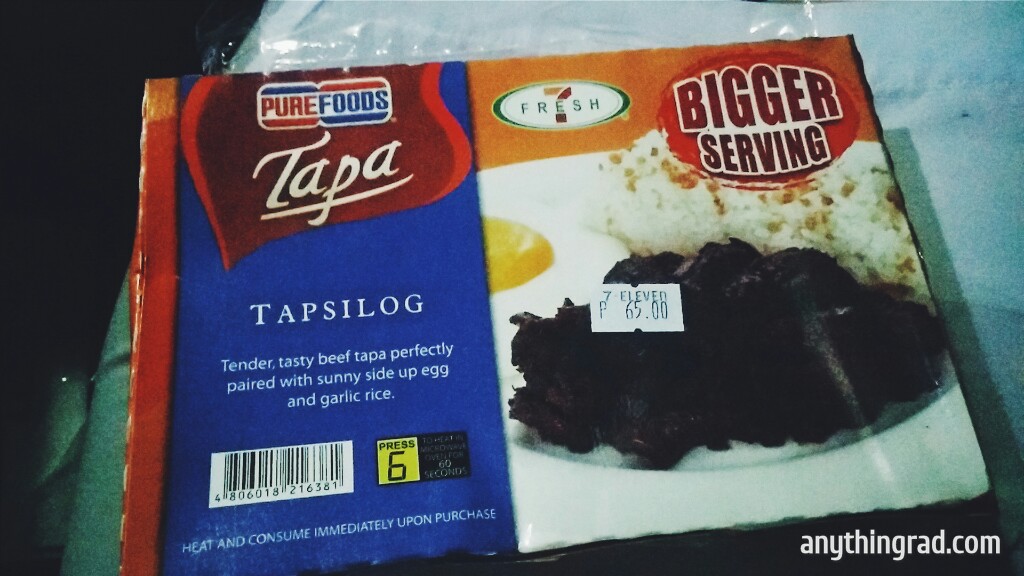 I will never forget those nights when we have to deck ourselves per unit time for us to eat and just be human.
Next level would be Internship Year!
Until next time!
Xoxo. 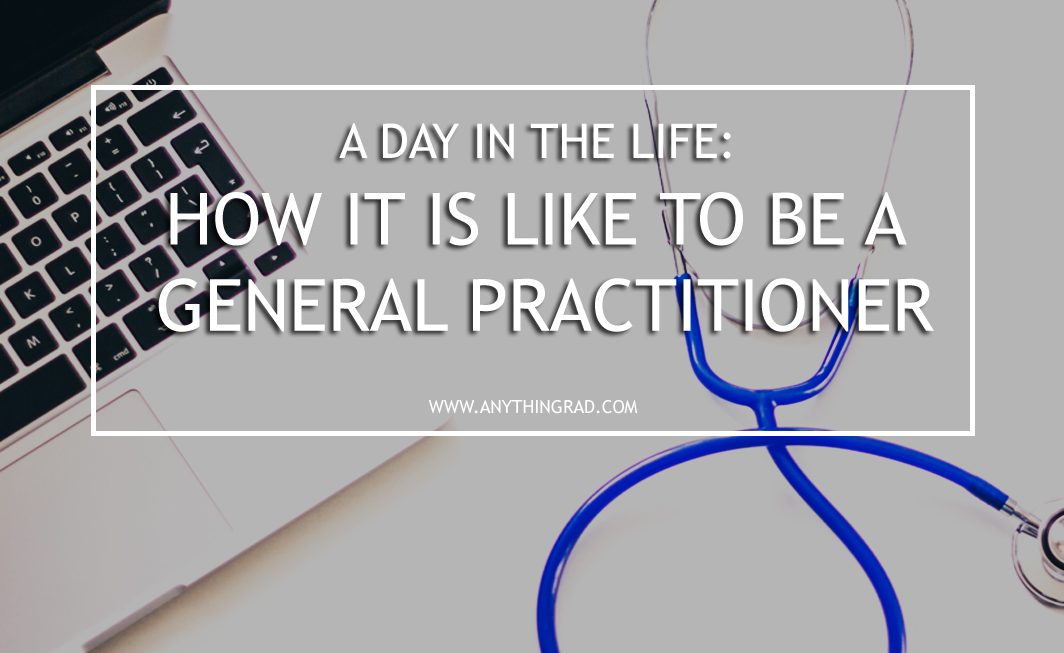 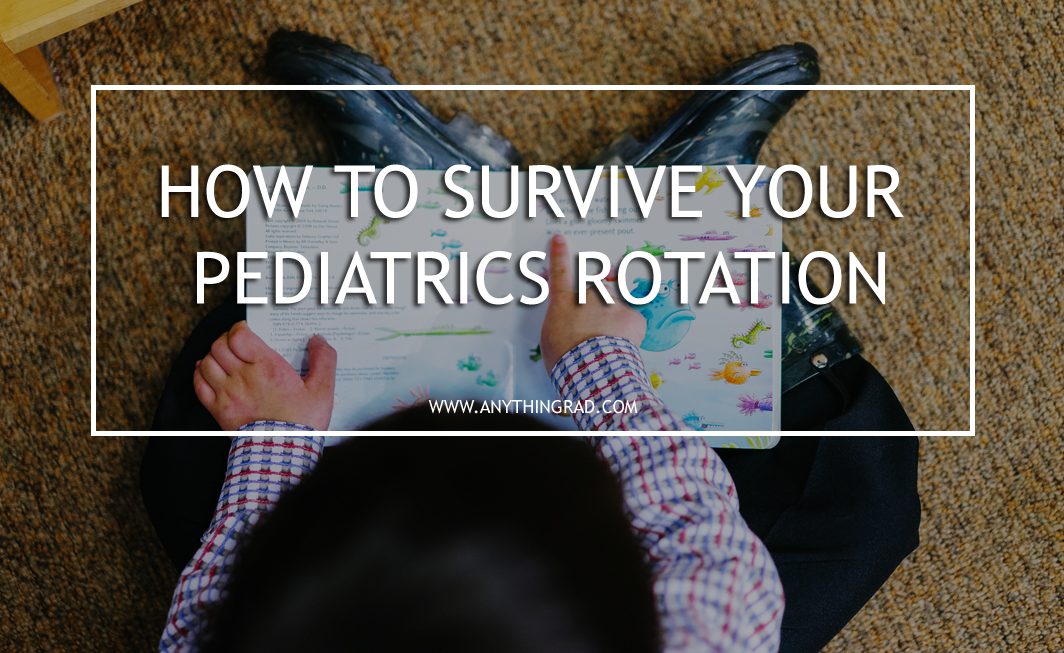 Internship Medicine
January 13, 2019April 12, 201912 Comments on How to Survive Your Pediatrics Rotation